LA Woman is a sublime city soundscape. From the cars hissing by the window, to the waves down on the beach; The Doors’ 1971 masterpiece, recorded in Los Angeles, seems to perfectly capture the time and place.

Featuring classic Doors tracks ‘Riders on The Storm’ and ‘Love Her Madly’, LA Woman would be their final album with frontman Jim Morrison, who died three months later aged just 27.

During their short career, The Doors released six albums in just over four years. This track-by-track breakdown will guide you through why LA Woman is probably their most celebrated effort, by fans and critics alike.

Listening to the intro of ‘The Changeling’, you may be forgiven for thinking you’d accidentally put on a copy of ‘Funkytown’ were it not for Morrison’s gravelly barks over the music.

“I had money. I had none. But I’ve never been so broke that I couldn’t leave town.” – this track has all the drama of a ‘70s gangster movie. Every snare hit sounds like a gunshot as the tension builds, before Morrison wails “see me change” where the tension breaks.

The key change, usually reserved for boy bands as they get up from their stools, gives this song the perfect lift at its midpoint; before the song’s end – “I’m leavin’ town on a midnight train” – reads as Morrison’s goodbye to LA, recorded weeks before he moved to Paris.

Penned by guitarist Robbie Krieger, the lead single from the album finds The Doors in much more familiar territory – Morrison’s deep baritone delivers sultry words of desire and devotion.

LA Woman saw two session musicians come in to the fold – Mark Benno on rhythm guitar, so that Krieger could concentrate on his lead parts, and Jerry Scheff on bass guitar who played in Elvis’ band. So much movement in the song comes from Scheff’s rolling basslines, exquisitely locked in with John Densmore’s drums.

Been Down So Long

While previous album The Soft Parade had incorporated orchestral instruments, LA Woman saw a return to The Doors’ earlier, blues-inspired sound. And it’s never more obvious than in ‘Been Down So Long’.

It’s a classic twelve-bar structure which builds to layers of guitars wailing and trading places at the forefront. Once again, Scheff and Densmore are key – solid drums and simple, beefy basslines cut through your speakers.

Cars Hiss By My Window

The next track finds the band slowing that blues feel down. Almost a stoned and lazy evening version of ‘Been Down So Long’; Densmore uses brushes and light cymbal strokes to guide this relaxed guitar shuffle.

The album was recorded as live, and here, you really feel it. Morrison, who recorded his vocals in the bathroom (he liked the reverb), calls phrases away from his mic in-between verses and at the song’s end.

The track is great in its own right, but it works especially well in breaking up what came before and what’s about to come…

The title track and a stone cold classic. Don’t let the sound of the car put you off at the start… This is what the likes of Meatloaf and Mötley Crüe wish they could have portrayed.

“Just got in to town about an hour ago”. The driving rhythm of the drums and bass, the free and elated guitar of Krieger, and keyboardist Ray Manzarek’s nonstop bluesy honkytonk perfectly set the scene throughout Morrison’s journey through ‘the city of night’.

The mood changes so many times. At one point we find Morrison delivering the beautiful lyric, “I see your hair is burning, hills are filled with fire. If they say I never loved you, you know they are a liar.” Next, after we experience the chaos of the murder, madness and topless bars, the mood changes “from glad to sadness”. Then, Jim Morrison takes the egotistical approach of repeatedly singing ‘Mr. Mojo Risin’’ – an anagram of his own name. It couldn’t be much more LA if it wanted to be. You can’t help but love it.

Flip to side 2 and we find a song more reminiscent of The Doors’ earlier work. Rolling drums, descending guitar lines, and hissing vocal take us on a trip down to Latin America. It sounds like a trip to a paranoid, drugged, fantasy circus. Reverb-soaked vocal cement the feeling of unease.

But as the chorus breaks in to a rock ‘n’ roll jive. Manzarek’s solo is reminiscent of ‘Light My Fire’ or any number of first album cuts. But as the fourth separate section of the song is introduced, you remember The Doors are a different beast than in 1967, where the high turns instead to a comedown.

Another huge mood change greets us on track seven. ‘Hyacinth House’, the calmest track of the album, is a simple and pretty composition featuring beautiful harmony overdubs from Morrison. Eschewing his usual policy of grunting and growling, this song is as smooth as silk.

The blues streak subtly continues through tasty guitar licks and repeated his vocal lines. Manzarek’s organ solo, which he says was inspired by Chopin, provides some relief and romance, decorating Morrison’s just-sung heartbreaker, “Why did you throw the jack of hearts away? It was the only card in the pack that I had left to play.”

Recorded on the final day of recording in the same session as ‘Cars Hiss By My Window’ – what Morrison labelled ‘Blues day’ – ‘Crawling King Snake’, fittingly, sees plenty of guitar slides atop a slow, slippery groove.

Another twelve-bar, and clearly more of an improvisation (“one more” calls Morrison before the final verse); it’s probably the album’s most forgettable song. But, that’s a bit like saying it wasn’t the best sex you’ve ever had. You’ll definitely have worse 4 minutes and 57 seconds.

The WASP (Texas Radio and the Big Beat)

The preacher and the poet at his finest: The Lizard King’s booming voice reigns down over you, “I wanna tell you about Texas Radio and the Big Beat”. You might not know what he’s talking about yet, and you might not by the song’s end, but Morrison’s words paint pictures as vivid as any old master. On this trip, whether geographical or metaphorical, “out here, we is stoned; immaculate”.

The rolling drums and descending guitar of L’America are back, but Manzarek takes centre stage. As Densmore’s drums start to synchronise with his solo, and the bass heightens the intensity, you hear that this is a million miles from Crawling King Snake’s loose and lusty feel; a well-crafted cult favourite.

Riders on The Storm

Just like the A side of the record, the final track begins with sound effects. This mini-movie, ‘Riders on The Storm’, brings the rain and thunder. After whispered backing vocals draw you in to Morrison’s simple and hard-hitting lyrics, Krieger and Manzarek play gorgeous solo lines over Densmore’s subtly swung beat. That trio retain interest in those long sections in a way that few other musicians ever could. And while every band member stands out across LA Woman, the final song on their final studio album showcases The Doors at their inimitable best. 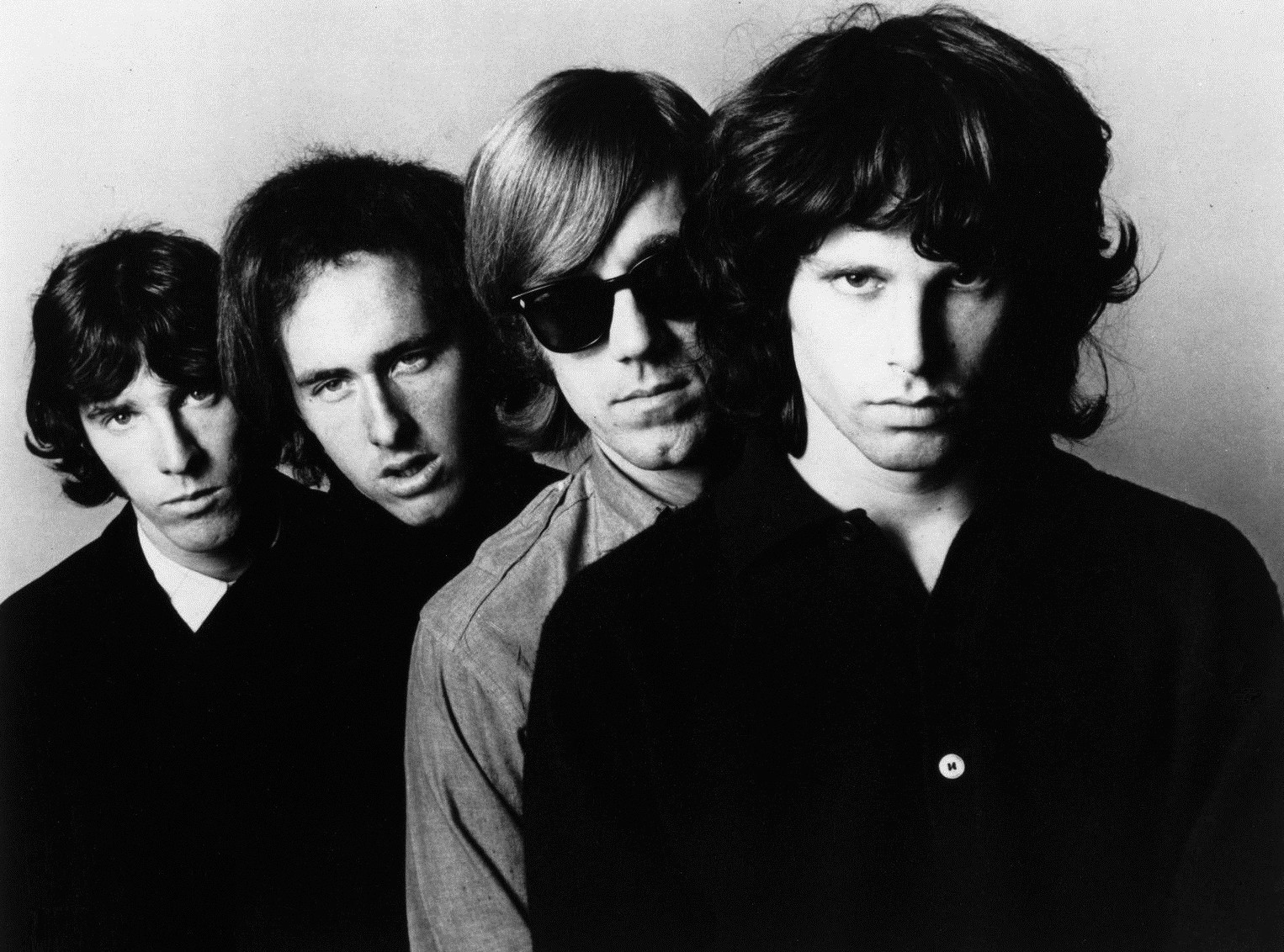 Is pro
Off
Author Name
Tom Stephens
Is pro
Off