BBC Radio 2, the UK’s most listened to radio station, proudly announces the line-up for one of the summer’s most-anticipated music festivals - BBC Radio 2 Live In Hyde Park - which takes place on Sunday 15 September in London.

The most successful duo in UK music history, Pet Shop Boys will headline the concert, performing a selection of hits from their award-winning catalogue of classics.

The star-studded gig will be broadcast live on Radio 2, which has a weekly audience of 15.36m, and on BBC Sounds. Listeners can tune in from 1pm on Sunday 15 September. Fans will also be able to watch all the action live on the BBC Red Button and the Radio 2 website. Highlights of the day will be featured on Red Button for seven days following the gig, and viewers can relive their favourite performances for 30 days on BBC iPlayer and BBC Sounds. Coverage on Red Button and on the Radio 2 website will be co-produced by Livewire Pictures, BBC Music Digital and BBC Radio 2.

Jeff Smith, Head of Music for Radio 2, says: “Following last year’s show where pop history was made as Kylie and Jason’s duet created headlines around the globe, listeners and viewers can look forward to another unforgettable show in Hyde Park. We are delighted to be welcoming an incredible line-up of world class artists and musicians who showcase the breadth of music played across BBC Radio 2. There’ll be something for everyone, including rock, pop, soul, country and dance music. I’m especially excited to see our headliners Pet Shop Boys perform, as they have created some of the most brilliant pop music of the past twenty five years.”

Pet Shop Boys say: “This is the only UK show we’ll be performing this year so it’s going to be a very special one!”

Tickets are on sale now

Pet Shop Boys (Neil Tennant and Chris Lowe) are the most successful duo in UK music history. Since 1985, they have achieved 42 top 30 singles in the UK including four number ones and they’ve released 13 top ten studio albums.

As well as chart success, PSB wrote the West End musical Closer to Heaven with playwright Jonathan Harvey in 2001. In 2004 they performed their soundtrack to the classic silent film, Battleship Potemkin and in 2012 Pet Shop Boys appeared before a worldwide television audience during the London Olympics’ closing ceremony. In 2011, Pet Shop Boys composed the music to the ballet, The Most Incredible Thing, which won an Evening Standard Theatre Award.

In 2017, they released Super, their most recent album, to widespread critical acclaim, which entered the UK chart at number three.

PSB to date have performed over 700 shows in 63 countries, performing to an audience of millions, including Corona Capital Mexico City and Sonar Barcelona, as well as epic performances at Glastonbury, Coachella and Rock in Rio.

Following the announcement of their triumphant return to music in October 2018, the chart-topping Irish pop group Westlife embarked on their fastest selling tour of all time across UK and Ireland to celebrate their 20th anniversary as a band. Westlife have sold over 55 million records worldwide, and are the only band to have their first seven singles enter the UK chart at number one. Fourteen number one hits to their name and 33 number one albums worldwide has made them an international success.

The band say: "We can’t wait to play live for Radio 2 in Hyde Park. The fact that it will be live on Radio 2, Red Button and online makes it all the more exciting."

One of Britain’s longest-lived bands, Status Quo’s unmistakable brand of boogie rock has led to sales of 100 million records with their music spending 415 weeks in the UK singles chart. In a career spanning six decades, the group have had 43 albums in the British Albums Chart. The band’s most recent album, Aquostic (Stripped Bare) was the best-selling independent UK album of 2014. Quo’s opening of Live Aid in 1985 with Rockin’ All Over The World, later became the anthem of the event.

Francis Rossi says: “We’re delighted to be teaming up once again with the BBC for the Radio 2 Live In Hyde Park spectacular. It’s a wonderful line-up and we can’t wait to blast out those Quo classics to such a big crowd. I can’t say too much right now, but September will be a big month for the band, and what better way to mark that than with a huge show like this? Here’s hoping for lots of fun - and plenty of sun."

Global hit-makers Clean Bandit - comprising of musicians Jack Patterson, Luke Patterson and Grace Chatto - have continually proved themselves to be one of the most successful and in-demand British acts of this century with their matchless blend of pop, classical and electronica. Breaking through in 2014 with their Grammy-winning single Rather Be, Clean Bandit have gone on to land four number one singles in their native UK. From eight Brit Award nominations to two Ivor Novello wins, they have now sold over 40 million singles worldwide and accumulated over 10 billion streams to date.

Clean Bandit say: “Every time we go into BBC Radio 2 or play at their events we have a real good time and there is a brilliant energy. SO happy to be playing live in Hyde Park with them for our last festival of the summer on Sunday 15 September.”

For the past three decades, Bananarama have been one of pop’s most influential groups, with 28 of their singles reaching the Top 50 of the UK Singles Chart. Their success saw them listed in the Guinness World Records as the all-female group with the most UK chart entries in history. Sara Dallin and Keren Woodward have been a duo since 1991 and recently released their 11th studio album In Stereo, a ten-track total recall on their enchanting pop storytelling capacity which reached the Top 30 in the album charts and included the hit single Stuff Like That.

Sara and Keren say: “We are really thrilled to be part of the Radio 2 show in Hyde Park this summer. Can't wait!”

British singer-songwriter Emeli Sandé first rose to stardom following release of her debut album Our Version Of Events in 2012. The album spent ten non-consecutive weeks at number one and became the best-selling album of 2012 in the UK, winning her the Best British Female Solo Artist and British Album of the Year awards at the 2013 Brit Awards. In 2017, she scooped the Brit Award for Best British Female Solo Artist following the release of her second album Long Live the Angels which debuted at number two on the UK album chart. Her new album Real Life, out soon features singles, Sparrow and Extraordinary Being.

Emeli says: “Radio 2 Live In Hyde Park is always one of the biggest live shows of the year in the UK, so I can’t wait to perform at this very special concert. It’s so important for me when I’m on stage to give a positive performance full of energy that people can share and feel connected with, so I’m going to be picking the songs that do that the best.”

With over one billion global streams, two-time Grammy nominee Kelsea Ballerini was inducted into the Grand Ole Opry this year as the newest and youngest current member. Since her arrival on the country music scene in 2015, Ballerini continues to elevate her star power, making history in country music by remaining the only female artist, including female duos and groups, to claim number one with her first three consecutive singles Love Me Like You Mean It, Dibs and Peter Pan. Her sophomore album, Unapologetically, features the number one hit Legends and current top five, gold-certified single Miss Me More, as a part of the original 12-track compilation, all written or co-written by the acclaimed singer-songwriter.

Kelsea says: “I’m beyond excited to be heading back to the UK to perform at the BBC Radio 2 Live In Hyde Park festival. The UK crowd never fails to totally blow me away and it’s a joy to spend time over the pond. I can’t wait to head back over and hang with y’all again soon.”

Since the release of their debut album Picture Book in 1985, British soul and pop band group Simply Red have sold over 60 million records and one billion streams worldwide. The group has had ten top ten UK singles and five number one albums in the UK, with their 1991 album, Stars, remaining one of the best-selling albums in UK chart history. The two-time Brit award winners reunited in 2015 for their 30th anniversary tour which coincided with the release of their most recent album, Big Love.

Mick Hucknall says: “Really looking forward to playing the Radio 2 Hyde Park show in September. It’s been about three years since we last toured and I can’t wait to play in front of 50,000 old friends and new, in the park. We’ll be performing some Simply Red classics and may well have a surprise up our sleeves!” 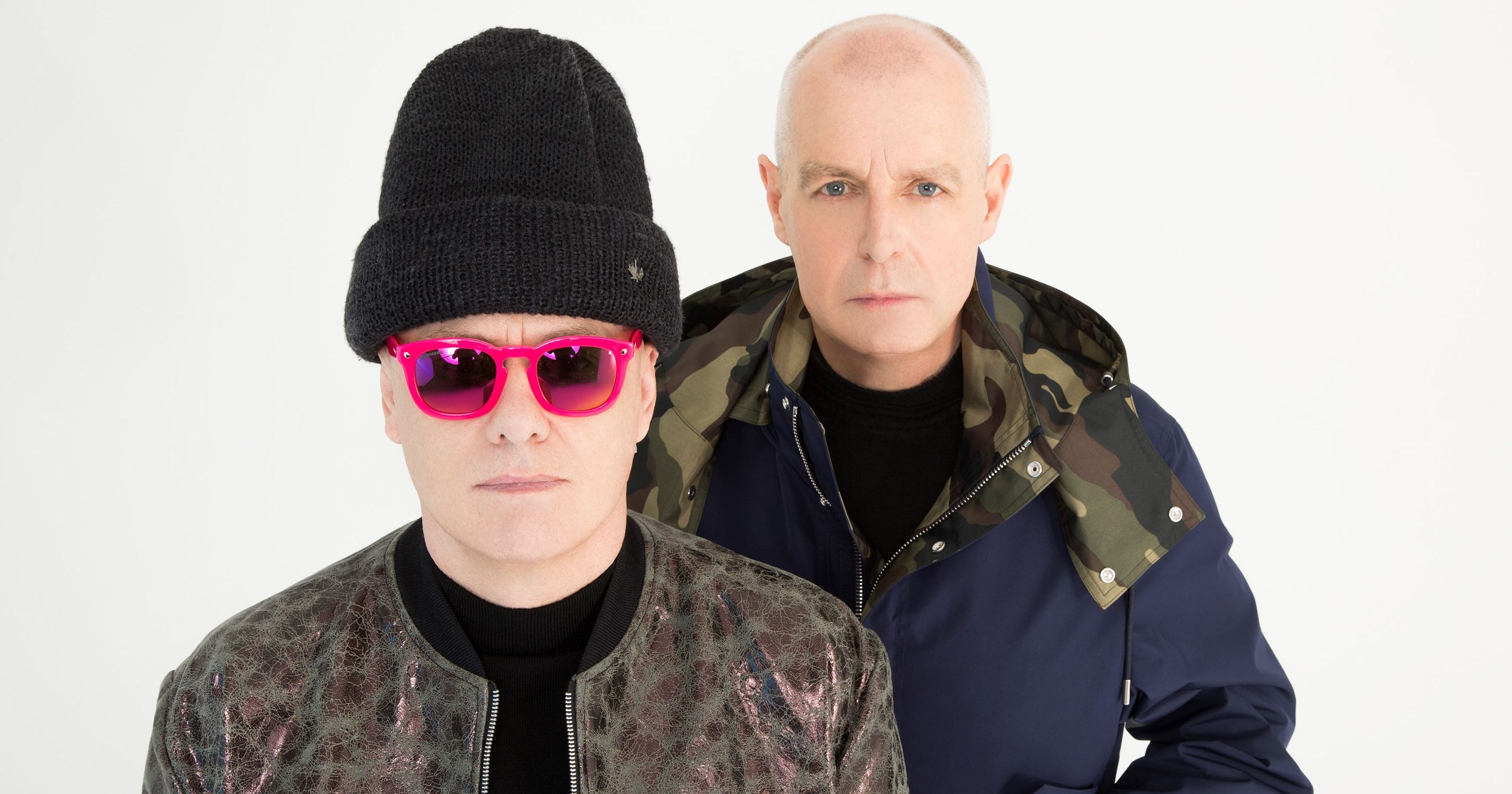