10 of The Rarest Vinyl Ever

With vinyl making an overwhelming comeback, the price and rarity of wax has skyrocketed. The more popular the artist, the heftier the price tag with first pressings of The Beatles, Led Zeppelin and Pink Floyd albums selling for astronomical prices. The more controversial the cover art and more limited the pressing can bump up the value even more, making some people wish they’d never thrown their vinyl collection out all those years ago.

This cult-classic - made famous as the background track to the infamous Buffalo Bill scene in Silence Of The Lambs – is highly sought after, with the mystery surrounding the life of Q. Lazzarus heightening the rarity of this single even more.  This piece of wax can sell for upwards of £400 (if you can ever find a copy).

A private pressing of this iconic event captures Richard and Karen Carpenter before their fame as The Carpenters. Known as The Richard Carpenter Trio, Richard played the piano alongside Karen on the drums (as well as Wes Jacob on the tuba) and proceeded to win the competition and a recording contract with RCA that was ended shortly after as they were deemed as having no “commercial potential”. They then went on to become on of the most celebrated and respected duo’s of the 1970’s, leaving this particular vinyl with a steep price tag of £500 and has only been spotted for sale on two occasions.

No list of rare vinyl is complete without a mention of the infamous ‘Butcher Cover’. Capitol Records quickly recalled this sought-after compilation album due to its controversial cover featuring an array of dismembered babies and meat on top of the smiling Liverpudlian foursome. Whilst the majority of the albums have been pasted over with a more suitable (and less graphic) image, the original cover can sell for over £2,000.

Taken from The Red Shoes – Kate Bush’s final album before a 12-year hiatus – “Eat The Music” was initially released as the first of the album’s singles. However, it was hastily withdrawn and replaced with another track, “Rubberband Girl”. Rumour has it that all but 17 copies were destroyed, pricing the rare singles at around £2,300 and above.

With only 1000 copies ever pressed, this EP featured a contentious black and white image of a Hitler Youth figure beating a drum – a cover that was quickly pulled by the band and not replaced. The few copies that are still in circulation can fetch close to £5,000.

The second single by one of the most notorious punk rock bands, “God Save The Queen” was not well received by the British Establishment and was promptly withdrawn from sale. With an estimated 300 copies still floating around, a first pressing of this single could set you back around £6,000-£8,000.

Following the release of his iconic 1987 album Sign O’ the Times, The Black Album (named after it’s completely black album cover) was swiftly recalled by Prince himself who ordered for all 500,000 copies to be destroyed, suggesting that the album was ‘evil’. Promotional copies are still drifting around, although scarce, and can be found on Discogs for anywhere between £6,000-£11,000 (and even £30,000 for a sealed copy).

Before The Beatles were formed, John Lennon, Paul McCartney and George Harrison were part of a skiffle group named The Quarrymen. This single contains a Buddy Holly cover and a McCartney-Harrison original, which was originally released in 1958 but was restored and repressed in 1981. Only 25 copies exist of the 7” meaning the price tag for one of these around £10,000.

Released as part of the Unicef Blue Vinyl series, The Next Day (alongside 15 other reissues) was limited to 50 copies meaning it is extremely scarce and difficult to find. However, in true resale fashion, 7 of these copies are for sale at astronomical prices ranging from £5,000 to an eye-watering £35,000.

The eighth album from Birmingham blues-rock band The Spencer Davis Group, Letters From Edith was withdrawn from production due to their failure to sign their contract with CBS, leaving only one copy on the CBS label with a sleeve which is currently listed on Discogs for a whopping £231,000 – and will probably still be listed for years to come. 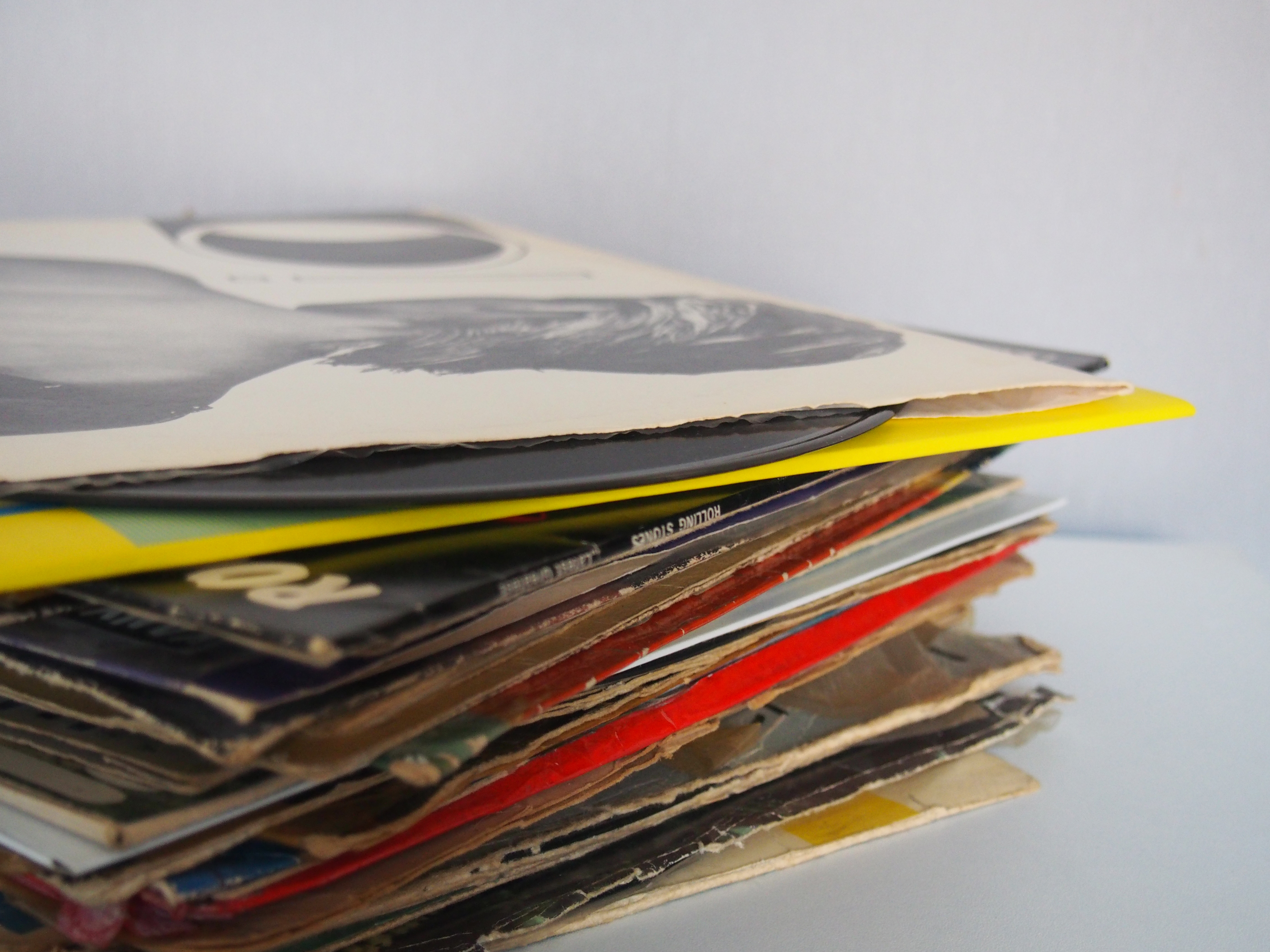