15 Years Later - The Streets 'Fit But You Know It'

The year is 2004. The global social media powerhouse that is Facebook has just been launched, and is initially exclusively available only for Harvard University students. President George ‘Dubya’ Bush is half-way through his time as President of the United States, and Tony Blair, leading a fractious Labour party has just backed the invasion of Iraq. England has just been dumped out of the Euro 2004 football championships at the quarter finals stage by Portugal. The nation, nay, the world may be in need of a special pick-me-up.

It’s time then for a certain wordsmith by the name of Mike Skinner to re-enter the musical fray and release his magnum opus, the ‘rap-opera’ concept album, A Grand Don’t Come For Free.

It’s worth noting that Skinner’s 2002 debut LP Original Pirate Material reached the top 10 of the UK charts, and was lauded by critics, being placed as the ‘album of the 2000s’ by Observer Music.

So, would ‘difficult second album’ syndrome hit The Streets? Of course not. Skinner emerged triumphant from the suburban wastage without dropping any of his kebab or can of Tennent’s Super. He did, however, drop the rowdy but almost universally likeable, power chord driven first single ‘Fit But You Know It’, which went on to reach number four in the UK charts and stuck around there for almost four months.

Let’s rewind just for a minute, because this is in complete contrast to how the whole theme of the album begins - against a flourish of classical brass bombast. You’d be forgiven for thinking you’d accidentally strayed onto BBC Radio 3 (no disrespect to Radio 3) as opposed to listening to a UK garage rap album.

Interestingly, staying ‘highbrow’ for just a moment, Professor John Sutherland of London University listened to this album and decided it was ‘constructed around Christ's parable of the lost pieces of silver’. That said, he did add, ‘But to make the point is probably to invite a Skinnerian accusation of generating critical wank.’

Back to the story. Our protagonist - written semi-autobiographically as Mike - attempts to return a DVD to the ‘video shop’. Yes! In the days before online streaming services, namely Netflix or YouTube (YouTube wasn’t launched until a year after A Grand… was released), blockbuster films of the day would have to be rented from video shops and returned on time so as not to incur a penalty fine.

In this instance though, Mike has an absolute nightmare of a day, and in his own words achieves ‘absolutely nowt’; he’s failed on returning the DVD, hasn’t met his Mum for tea, been left with a dead mobile phone battery and most importantly, lost ‘a thousandth of a million squid’.  It was supposed to be so easy…

Just take a look at the front cover of the album. It is a snapshot of suburbia with Mike Skinner leaning on a bus shelter in his hometown of Birmingham, wonderfully captured by British photographer Ewen Spencer, who also worked with The White Stripes, The Charlatans and Massive Attack around this period. It paints a somewhat sorry picture of tarmac, drizzle and boredom and aligns itself perfectly with the album’s subject matter, save for the lead single.

What could help twentysomething Mike overcome the mundane nature of everyday repetitiveness  then? Flying away to a foreign country with your mates, of course!

This jaunt abroad would ultimately inspire Mike to pen a top chart hit and have it included on FIFA 2005. After all, that’s how you know you have finally ‘made it’, right?

‘Fit But You Know It’ transports you to the alcohol fuelled haze of a lads’ Ibiza holiday that Mike has allowed us to accompany him on. Mike pictures himself ‘pulling with bare white-hot wit’, but allows himself to digress slightly and tales of drunken skirmishes and stopping for chips and drinks punctuate his quest for an ultimately fruitless, holiday romance.

Some people may argue that the actual music behind this track is slightly repetitive and simple but it is only there to provide a backdrop or perhaps a mirror, for the dry wit and perfectly succinct vignettes coined by Skinner that capture ‘Britishness’ so fantastically, and also poke fun at it at the same time.

The guitar sample that takes us through the track is reminiscent of The Futureheads minor hit from the same year ‘Decent Days & Nights’, with their post-punk gritty sensibilities. It also has all of the ‘PDC darts crowd’ beer-fuelled angst but ultimately the camaraderie of The Fratellis ‘Chelsea Dagger’ when all the time Mike is still trying not to ‘mug himself’ as he narrates this holiday romance as only he can.

I say ‘narrate’ because I wouldn’t necessarily say that Skinner is a rapper per se, rather an extremely skilled modern-day poet. His talents didn’t stop at song writing either; he also recorded and produced all of his work throughout his career. This included five UK top ten studio albums under The Streets moniker and a plethora of guest appearances and remixes for other artists including Muse, Bloc Party and Professor Green amongst many more.

He delivers his social commentary in a deadpan confessional style, à la Ian Dury (of Blockheads fame) allowing the listener to pay a visit to the very ‘streets’ from which his stories have emerged.

This song, and the smash hit number one single that followed it, ‘Dry Your Eyes’, both replicated situations and conversations that anybody could have been going through or having at the time. The Streets’ back catalogue shows us so many times that it is chock full of understandable, and most importantly, accessible emotion.

At times both frenzied and maudlin, the average ‘geezer’ or ‘bird’, as Mike puts it, could stomach that, and this is why it was taken to the nation’s hearts. It captured a time before Instagram, Snapchat and selfies, especially on the accompanying music video where Mike has to go to a photo shop to get his holiday snaps developed to reminisce over (shock horror!) and it was placed out there by the everyman, for the everyman.

‘See, I reckon it’s about an eight or a nine?  Maybe even nine and a half in four beers' time’. 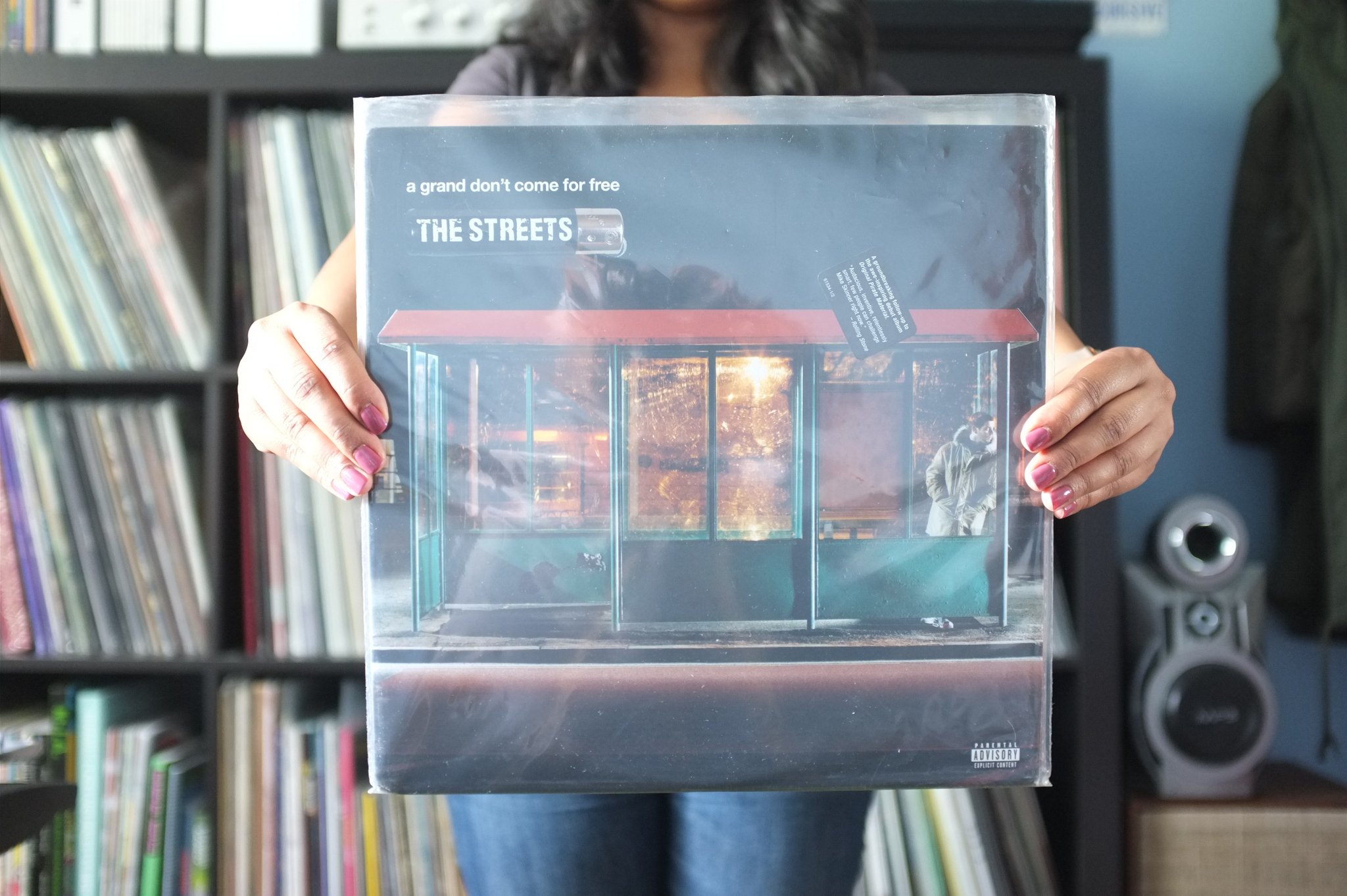